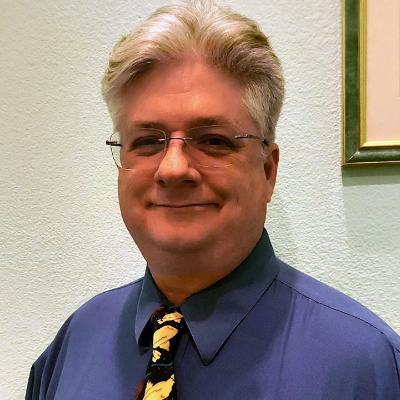 Jason Bostick is associate adjunct faculty in Santa Monica College’s English Department and El Camino College’s Humanities Division. Jason has been teaching English composition as a "freeway flyer" for 25 years in the Los Angeles area community colleges, starting with Pasadena City College (1995-2003) and Long Beach City College (2003-2006). He has been teaching at El Camino College and Santa Monica College as adjunct faculty since 2005.

After such a long time in the community college system, Jason was feeling like he had hit a ceiling with conventional professional development opportunities. He wanted to do something more meaningful with his time and expertise than simply attend another annual "flex day.” At about the same time, he had become more aware of the formerly incarcerated students attending his classes, and realized that none of those flex days he had attended equipped him to help these "Rising Scholars" succeed. He chose to enroll in LMU's Ed.D. Program to do research on formerly incarcerated community college students.

The Ed.D. Program at LMU has helped Jason to better articulate his theoretical frameworks for his pedagogy. Working with his cohort, he explored the critical and structural theories that make up our workplaces, and dived into his own positionality in order to better embrace the work of standing with his students and his colleagues to create an anti-racist space. He is currently working as a faculty ally with the FIRST program at El Camino College to support Rising Scholars while collaborating with like-minded faculty and staff at Santa Monica College to grow a full-service Rising Scholars on-campus support program.