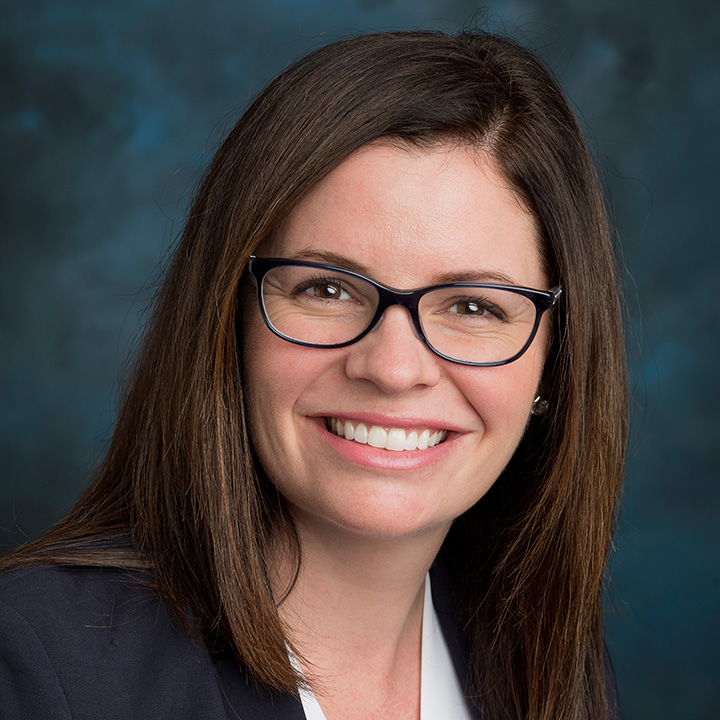 Lauren Casella, Ed.D. is the Academic Program Director for the Catholic School Leadership Academy and Assistant Clinical Professor in the Department of Educational Leadership and Administration in the School of Education at Loyola Marymount University. In this role, her focus is on building leadership capacity of Catholic school principals and administrators.

Before entering higher education, Dr. Casella served Catholic elementary schools within the Chicago Archdiocese for ten years as a teacher at St. John of the Cross Parish School in Western Springs IL and as a teacher, administrator, and Principal at The Frances Xavier Warde School in Chicago, IL. Prior to joining LMU as a full-time faculty member, Dr. Casella served as a faculty lecturer in SOE's Elementary and Secondary Education Department. In the role, she taught courses on curriculum and instructional leadership and earned senior lecturer status.

Dr. Casella holds a Bachelor of Arts degree in Liberal Studies from LMU, a master's degree in Leadership and Supervision from Loyola University Chicago, and a Doctor of Education degree in Educational Leadership and Teacher Education in Multicultural Societies from University of Southern California. She holds a valid Illinois General Administrative Credential, an Illinois Teaching License, and a California Teaching Credential & BCLAD. Her teaching and research interests include leadership theory and applications related to the Catholic school principalship, mission-driven leadership, teacher education, and innovative instructional practices in support of exceptional Catholic education.

Dr. Tony Galla has been involved in Catholic Education in Los Angeles, California for over two decades. His experience includes serving in the positions of teacher, coach, grant writer, administrator, principal, professor, and assistant superintendent. Areas of professional interest and involvement include school leadership, educational technology, teacher preparation, principal preparation, stewardship, and school finance. He has served as a part time professor in the School of Education at Loyola Marymount University since 2010 and is currently the Deputy Superintendent of Elementary Schools for the Department of Catholic Schools in the Archdiocese of Los Angeles.

Tony and his wife Gina have three children, each of whom are proudly enrolled in Catholic schools.

Vincent de Paul Schmidt is currently the Head of School at Cardinal Stritch Catholic High School and Academy in Toledo, Ohio and Special Educational Consultant to the Bishop of Toledo. Schmidt previously served as Senior Director of Education for the Diocese of Diocese of Toledo, the Superintendent of Catholic Education for the Diocese of Wheeling-Charleston, West Virginia and a former associate superintendent of the Diocese of Kansas City-St. Joseph, Missouri. Furthermore, Schmidt has served in various other administrative capacities in Catholic schools within the Archdiocese of St. Louis, Missouri and the Belleville and Springfield Dioceses in Illinois for over 20 years. He has served in roles such as director of academic affairs, school principal, and chief operating officer and has administrative experience at the high school, middle school and elementary school levels.

Schmidt completed a doctoral program in educational leadership in 2015 and earned Educational Specialist certification in 2008 and a master's of educational leadership in 2002, all at Saint Louis University in Missouri. He completed his bachelor's studies in secondary education and business administration at Southern Illinois University-Edwardsville in 1991. Schmidt has been a leader in Catholic special education, organizational and curriculum development, educational technologies, continuing education for teachers, marketing, fiscal management and resource development. As such, he has been a national keynote speaker on topics about special needs and finance in Catholic schools and was named the 2017 Edward M Shaughnessy III Serving All God's Children Inclusion Award recipient presented by the National Catholic Education Association and Loyola Marymount University for his work with the Foundation for Inclusive Religious Education of West Virginia. Schmidt firmly believes that true leaders are not just proficient in educational achievement but also in service to others and the community at large.

Well known for his community service, Schmidt is the executive director for the Jensen-Schmidt Tennis Academy for Down Syndrome. This non-profit organization has grown to provide tennis instruction in cities across the country, and its operational model has been adopted and implemented on a national scale. Schmidt is a former professional tennis player and coach who has worked with many players on professional tours while also serving as a varsity coach at the high school level. Schmidt and his wife of 24 years, Dana Marie, have three children, August, Jonas and Maxim.

Sister Mary Angela Shaughnessy is a sister of Charity of Nazareth who has taught at all levels of Catholic education from elementary through graduate school. She served eight years as principal of a Catholic high school in the Archdiocese of Boston. For the past thirty years, Sister Angie has served in Catholic higher education as Vice-President, Dean, Program Director and Director of Disabilities Services, and Professor.

Sister Angie holds a Bachelor’s degree in English, a Master’s degree in English, a Master’s degree in Education, a Juris Doctorate in Law, and a Ph.D. in Educational Administration and Supervision. Her research concerns the law as it affects Catholic schools and church ministry. She is considered the leading expert on Catholic education and the law in the United States. A consultant to numerous dioceses, Sister Angie is a highly sought after national speaker and the author of over thirty texts.

Kristopher Knowles began his career in education as a middle school science teacher. He later worked as a vice-principal then principal in K-8 schools. Currently, Dr. Knowles is an assistant superintendent of elementary schools for the Archdiocese of Los Angeles.