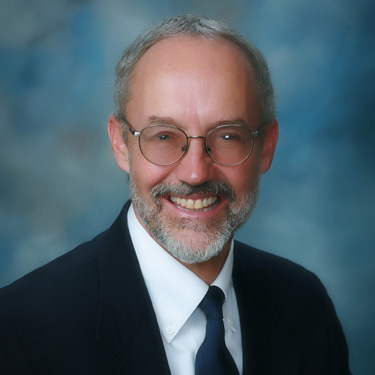 What are you proud of?

I am proud of my entire body of work over a 35 year period in education. My education has strong roots in the Jesuit Tradition of Social Justice. I completed my Masters Degree in Counseling at Loyola Marymount University in 1984. Although I was only a counselor "officially" for four years at Lennox Middle School in Lennox, California, I have been a counselor every day of my life since completing the LMU program. My counseling background and experience have been at the heart of everything that I have done for the past 30 years. Education is a "people" business and is all about relationships. After four years as a counselor, I moved into administration as an assistant principal, principal, Director of Curriculum, Assistant Superintendent of Human Resources and Superintendent. All of these positions are highly involved with people, problem solving and the defusing of potential volatile situations. My LMU Counseling program is the "gift that keeps on giving," as I have been able to use it every day!

My favorite quote is from the Unreasonable Man, by George Bernard Shaw; it goes like this:

I strive to be as diplomatically "Unreasonable" as I possibly can, every day of my life. I like to set seemingly impossible goals, and then go out and achieve them. The Wiseburn Community, south of LAX, has dreamed of having its own high school and becoming a unified school district (going from a K-8 to a K-12), for the past 30 years. When I interviewed in 2008 to become the Wiseburn superintendent, I told the Board of Trustees that I had two goals for the district: first to achieve unification (become a K-12 district), secondly to build and create the finest high school in the South Bay. After six full years of hard work and determination, the passage of two bills that were both signed by the Governor, and collaboration with five school districts, we achieved unification in November 2013 with almost 93% of the vote. The Wiseburn Community passed a school construction bond to build Wiseburn High School and we will be breaking ground in the spring of 2015 to realize our long-term dream. Never doubt the power of a small group of determined individuals to change the world!

How has your work made an impact on your community?

In 2007 the students at Dana Middle School in Wiseburn were not performing at their full potential. The Academic Performance Index for Dana in 2007 was 765. A new administration took the helm at Dana for the 2008-09 school year. Working closely with the District and the Dana Middle School staff, the administration launched a "Student Accountability for Learning" initiative that included Student Lead Conferences, Interdisciplinary Teaching Teams, Targeted Learning in the Content Areas, and extensive use of collaborative partners from LMU (CMAST) and the aerospace industry (Northrop Grumman, Boeing, Raytheon and Aerospace Corporation). The strong focus was on relationships with students, student engagement, and a reinventing the school culture at Dana Middle School to create an ethos where every student is well-known and valued. The progression has been astounding! Over a five-year period from 2007 to 2012, the Dana Academic Performance Index grew 120 points from 765 to 885.

Dana renewed as a California Distinguished School in 2013 and in 2014 has been recertified as a National Forum School to Watch. In 2013, Dana Principal Aileen Harbeck was recognized as ACSA's Middle School Principal of the Year for the State of California. Dana is now the flag ship of our district. This was all accomplished through high expectations, leadership and a focus on the students.