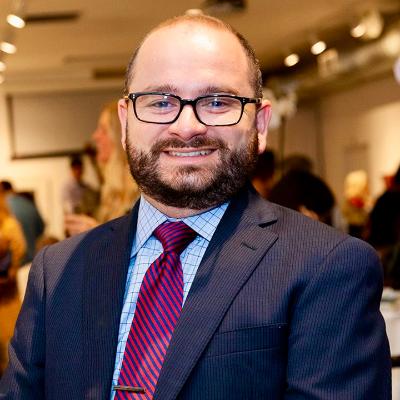 Originally from Peabody, MA, Dr. Michael Cersosimo moved across the country to earn his B.F.A. in Film Production from Chapman University (2007) and his M.A. in Guidance and Counseling from Loyola Marymount University (2011). In 2018, he earned his Ed.D. in Educational Leadership with a concentration in Higher Education Administration from the University of Southern California. He is a proud first-generation student.

He has been working in the School of Education since 2012 and has been advising students in various programs since 2014. He is an active member of NACADA: The Global Community for Academic Advising. He has served on committees and volunteered reading proposals for the organization. In 2020, he was awarded the NACADA Region 9 Certificate of Merit for Excellence in Advising. He is passionate about academic advising and ensuring every student’s success.

In his free time, he volunteers at Venice Arts mentoring low-income youth in filmmaking classes, which he has been doing for over ten years. In 2014, he was honored at their annual gala for his volunteer work as an artist mentor. He also enjoys running marathons, watching films, watching Boston sports, listening to The Beatles, and spending time with his niece, Madeline.