Retiring Scholar and Activist Antonia Darder Looks Back on Her Career 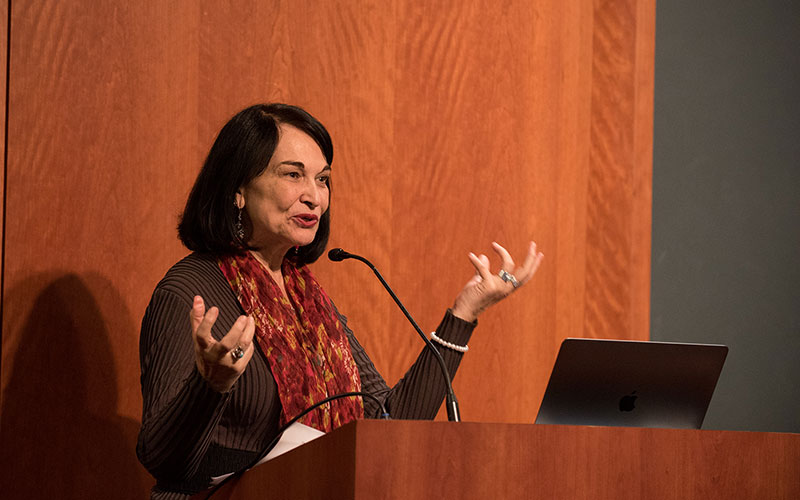 After a 36-year career as an education scholar and leading voice in the struggle for social justice in and out of the classroom, Antonia Darder, the Leavey Presidential Endowed Chair in Ethics and Moral Leadership at the Loyola Marymount University School of Education since 2011, announced her retirement this year. Long before issues of diversity, equity, and inclusion (DEI) became a top national priority in education, Darder’s scholarship — including her influential 1991 book Culture and Power in the Classroom, released as a second edition on its 20th anniversary — addressed how political questions and ethical concerns are linked to racism, class inequalities, language rights, critical pedagogy, Latino education, and social justice. In a conversation with SOE, she reflected on both her contributions to the field and the work that remains.

You sought to illuminate how issues of culture, racism, and economic inequality play out in classrooms and what that means for educators. Why was this so important to you?

For historically oppressed communities, the political and economic realities that shape children’s lives had to be taken into account when considering the kind of supportive, humanizing education they needed to grow into adults who could understand their world and engage it critically while feeling a sense of social agency and empowerment, particularly with respect to the inequalities and social exclusions they had to confront. It was important, then, to view the classroom as a minicosm of the society we would like to see. Where children came from a history of racism and cultural inequalities, where they or their families were treated as second-class citizens, they had an opportunity within the classroom to begin to understand that that wasn’t a history they needed to continue — that working together and being conscious of their power as human beings and communities, they could create a different world. 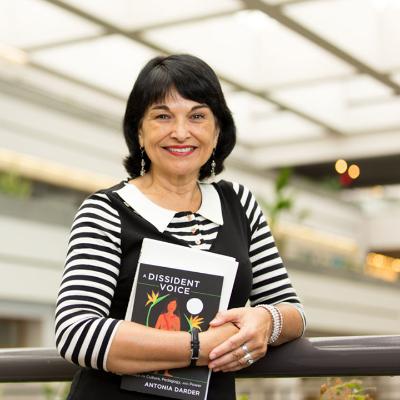 Antonia Darder is retiring after a nearly four-decade career as a professor and activist.

What are your thoughts on the increased attention to DEI in education?

I'm sorry it took so long to get to this point, but that we are now more willing to engage questions of racism is important. My greatest concern is where people think they can do so without engaging questions of class — that we could somehow ameliorate racism without ameliorating the economic impoverishment and immense inequality that continues to exist in this society and around the world. These conversations won't mean anything unless we find ways to intervene to create new institutional structures that begin to guarantee that all human beings are treated with dignity and respect. The kind of work we need to do takes time. It takes time to understand the complex relationships and how they have led to very unequal conditions. So it's absolutely necessary for educators to have a political conscience, a clear understanding of how power works in society and how we are all affected by the power relationships at work, and then to ask themselves what kind of world they are teaching for.

You have argued that a commitment to the most disenfranchised populations must be a central concern of educators and educational leaders. What message would you convey to anyone entering the field?

Structural and relational conditions impact public policies and practices, and the ideologies that are at work within society give shape to the structure and perpetuate relationships of inequality. To me, this requires an understanding that education is not just about what happens in the classroom, but that what happens in the classroom is influenced deeply by the realities within communities, the nation, and the world. I would add this: Teachers do heroic work, often with insufficient resources and support. Young teachers in particular often struggle because they come in with this enormous passion, and the conditions they face can make it difficult to maintain that passion, creativity, and imagination that would allow them to become fully committed to social justice, which is so needed. And so a society, we need to do better in ensuring that they feel empowered and supported.

Looking back on your career, what do you view as your greatest legacy?

I think there are two things. The first is my role as a mentor. Approximately 98% of my students graduated, and these are predominantly doctoral students. They didn’t just build on my work, but they found their own voice and brought their own wisdom and passion to bear. A majority of my students were African-American, Latino or Latina, LGBT, and working-class white students. Having grown up in poverty, I understood their anxieties as well as the fire in the belly that they carried, and what means the most to me is that I engaged my students in ways that helped them grow as human beings and allowed them to become successful. And the second legacy is a willingness to push back and ask hard questions about economic, cultural, and racialized inequalities. I never worried about what impact that was going to have on my career, even though there were many efforts to silence my work and the issues I was raising. Interestingly, after I've been out of certain settings, people have come back and said, “I should have supported you.” That encouraged me to stay true, knowing that eventually the message I brought would resonate.